The Collected Letters of W. B. Yeats The Collected Letters of W. B. Yeats

After the death of Algernon Swinburne in April 1909 Yeats announced to his sister that he was now 'King of the Cats'. Yet he was far less sure of himself than this boast suggests. This volume tracks Yeats's unrelenting but often agonised attempts to redefine his positon as a poet in a time of aesthetic and personal transition and uncertainty.

Shortly after the death of Algernon Swinburne in April 1909 Yeats announced to his sister that he was now 'King of the Cats'. Yet, as the letters in this volume demonstrate, although widely recognized as the leading poet in English, he was far less sure of himself than this triumphant boast suggests. Indeed, this volume tracks Yeats's unrelenting but often agonised attempts to redefine his positon as a poet in a time of aesthetic and personal transition and
uncertainty, struggling, as he put it, to fashion 'an art of my own day' and amid 'doubtings, shrinkings, hatreds, reconciliations'. His letters about the eight-volume Collected Works, completed in these years, show him attempting to get his 'general personality' into his readers' minds, but always as 'a
preliminary to new work'. What constituted 'personality', general or otherwise, was a contested area and in letter after letter he hammers out its relationship to 'character' in a debate which was to convert him from a late Romantic into an early Modernist. If many letters are concerned with the revision and reappraisal of old work, more reveal the insistent, and often frustrating, attempts to find new expression, particularly in the writing of The Player Queen, a process which, as
he told a correspondent, convinced him that no fixed identity was possible.

Developments in his personal life contributed to the sense of uncertainty and transition. In the spring of 1908 he began an affair with a new mistress, Mabel Dickinson, but ironically we find this rekindling and intensifying his feelings for his old love Maud Gonne, and for the first time they came close to a physical relationship, although she insisted that their 'spiritual marriage' would be purer if unconsummated. But the return to mystical sublimation was, after nearly twenty years of
courtship, no longer satisfying to him; the situation, as he confessed in a letter, had set his 'nerves tight as a violin string but not one that makes sweet music'.

More discordant music came from the Abbey Theatre. Early in 1908 the Fay brothers, founder members and mainstays of the Company resigned, and for a time it seemed that the whole project might come to an end. Over the next three years, as his correspondence eloquently reports, Yeats worked tirelessly to make sure this did not happen, encouraging new actors and playwrights, overseeing the evolution of a repertory structure, taking rehearsals often for weeks on end, battling with Fays for their
misuse of the Irish National Theatre's name in America, mediating in the quarrels of the players, deflecting where he could the cantankerousness of the Theatre's patron, Annie Horniman, and, on her withdrawal of her subsidies, helping Lady Gregory in fund-raising, and in a final successful bid to
renew the Abbey's patent. His exertions in the Theatre were much increased by the terminal illness of his friend and colleague John Synge (which, he confesses, 'for the first time in my life made death a reality to me'). The serious illness of Lady Gregory brought home to him his dependence on her and the ambience of her house, Coole Park; the massive mental breakdown of his companion Arthur Symons broke a remaining tie with the 1890s and the passing of his uncle and fellow occultist, George
Pollexfen, severed his major link with Sligo. But, if these old relationships altered or disappeared, new ones were forged. Ezra Pound at last succeeded in meeting him and began encouraging him in his quest for 'an art of my own day', while Yeats himself fostered the talents of younger writers,
notably the playwrights Lennox Robinson, T. C. Murray, St. John Ervine, and Lord Dunsany.

By the end of the period, Yeats, who we see brought to edge of a nervous breakdown in 1909, and defying the Establishment in producing Shaw's Blanco Posnet, became a man of affairs: pressed to apply for Professorships at Trinity College and the new National University, elected a founding member of the British Academy of Letters, and the recipient of a Civil List pension. The recasting of The Golden Helmet, first produced in the early months of his volume, as The Green
Helmet of two years later, indicates how the discussions and soul-searching disclosed by his letters had begun to bear fruit. Less now a play satirizing Irish divisions and jealousies than a celebration of Nietzschean tragic joy and Castiglionean sprezzatura, it indicates the qualities Yeats had learned to prize over the
intervening three years.

The Wit and Wisdom of G. K. Chesterton 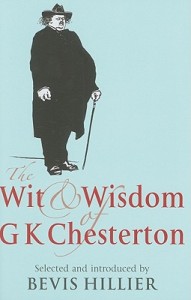 A new collection of comic and serious gems from Chesterton's writings, including some previously unpublished work

The Norton Anthology of English Literature 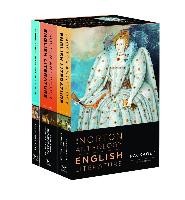 On Privilege, Fraudulence, and Teaching As Learning From one of the worlds leading voices on white privilege and anti-racism work comes this collection of essays on complexities of privilege and power. Each of the four sections illustrates Peggy McIntoshs practice of combining personal and systemic understandings to focus on power in unusual ways.