This book provides a critical analysis of the interface between trade mark law and competition law through a combination of practice, doctrine, and policy. The two legal regimes are at opposite ends of the scale, with one promoting monopoly and the other competition; they operate at parallel levels, often without regard for the objectives and regulatory tools of the other. However, an increasing number of cases from the European Union (EU) and beyond cover the
intersection of the two regimes.

This book highlights the ways in which the fundamentals of trade mark law are being challenged from a competition law perspective, and how trade mark principles affect the development and application of competition law. It provides a detailed overview of jurisprudence from Europe, the United States, and Australia, adopting a comparative approach.

The book explores three practical areas. Firstly, it considers the jurisprudence on how trade mark law internalises competition considerations. Secondly, it examines how competition law internalises trade mark considerations. Thirdly, it looks at the hierarchy of the direct relationship between trade mark law as a set of exclusionary rules that lead to market power on one hand and competition law as a set of rules targeting market power and its abuse on the other. The book then focuses on
identifying and 'codifying' the judicial toolkit developed by the courts in all of these, and positions this against a theoretical justificatory background. Finally, it tests the sustainability of the toolkit against the 'competition plus' context and provides an appropriate policy framework for the
balancing between trade mark rights and competition rules.

The UK's Withdrawal from the EU 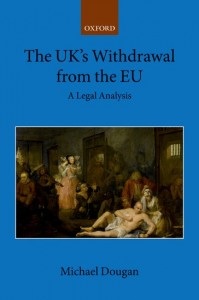 The UK's Withdrawal from the EU explores the UK's departure from the EU from a legal perspective: Michael Dougan provides a critical analysis of the final EU-UK Withdrawal Agreement, including explorations of the future protection of citizens' rights, the contentious Irish border, and the prospects for future EU-UK relations. 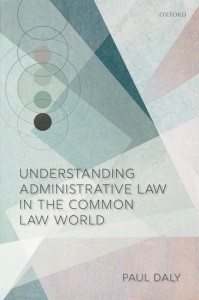 This book offers a new framework for understanding contemporary administrative law, through a comparative analysis of case law from Australia, Canada, England, Ireland, and New Zealand. The author argues that the field is structured by four values: individual self-realisation, good administration, electoral legitimacy and decisional autonomy. 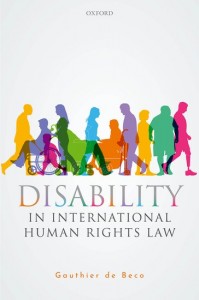 This book demonstrates the benefits of placing disabled people at the heart of international human rights law. It explores the impact of the UN Convention on the Rights of Persons with Disabilities on the whole field of international human rights law, and studies the relationship between the Convention rights and those protected by other treaties.