The Regulation and Censorship of Early Modern Drama 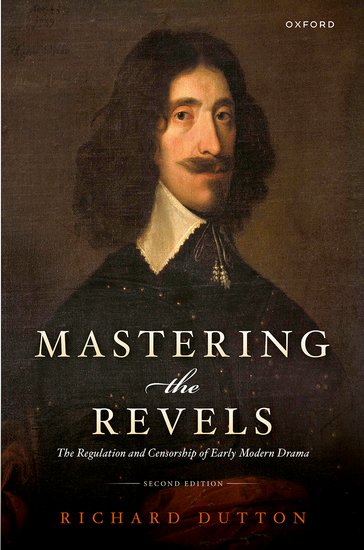 The Regulation and Censorship of Early Modern Drama

A new edition that offers detailed consideration of the role of the Master of the Revels in English Renaissance entertainments and the relationship between the politics of the court and English theatre.

Mastering the Revels traces the measures taken by the governments of Elizabeth I, James I, and Charles I to regulate the new phenomenon of fixed playhouses and resident playing companies in London, and to censor their plays. It focuses on the Masters of the Revels, whose primary function was to seek out theatrical entertainment for the court but whose role expanded to include oversight of the players and their playhouses.

The book proceeds chronologically, tracking each of the Masters in the period—Edmund Tilney (served 1579-1610), Sir George Buc (1610-22), Sir John Astley (1622-3), and Sir Henry Herbert (1623-1642). Tilney was the first to receive a Special Commission giving him wide-ranging powers over the players. When Buc first became involved is examined here in detail, as is the parallel history of the Children of the Queen's Revels who between 1604 and 1608 staged some of the most scandalous plays of the
era. Astley succeeded Buc, but soon sold the office to Herbert, who then served to the closing of the theatres.

Manuscripts of plays censored by Tilney, Buc, and Herbert have survived and are examined in detail to assess their concerns. Large parts of Herbert's office-book have also survived, giving detailed insights into his professional life, including interactions with both the court and the players. It reveals the difficulties he faced negotiating recurrent popular pressure for war against Spain, resistance to Archbishop Laud's reforms of the church, and Henrietta Maria's problematic presence as a
Catholic queen to Charles I.