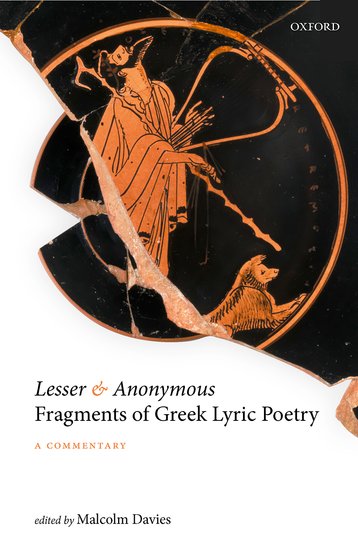 An authoritative commentary on the surviving fragments of Greek lyric poetry up to the death of Aristotle. Usually small, textually corrupt and difficult to interpret, the fragments cast light on several aspects of Greek culture

An authoritative commentary on the surviving fragments of Greek lyric poetry up to the death of Aristotle. No comparable work exists, partly because these fragments are usually small, textually corrupt and difficult to interpret. But they cast light on several aspects of Greek culture: for example, religion and prayer formulae (many of them take the form of hymns), the symposium (they include a collection of scolia), and the development of the so-called 'New School'
of poetry and music. They also include fragments of poems by Telesilla and Praxilla, two of the rare band of female poets of antiquity other than Sappho, and Philoxenus' Deipnon, which puts into dactylo-epitrite metre the contents of an imaginary banquet, including long list of different types of
food. Our knowledge of Euripides and Aristotle is expanded by the preservation of a quotation from a victory ode the former wrote for Alcibiades, and of an entire lyric eulogy for a dead friend composed by the latter. Also extended is our knowledge of that tantalising and in many ways baffling period of Greek literature between the death of Sophocles and the death of Aristotle. Nor should one forget the scurrilous verse of Timocreon, which extends our awareness of the capabilities of fifth
century literary invective, and its capacity for parody and inversion of the topoi of praise poetry.