Menelaus in the Archaic Period

Not Quite the Best of the Achaeans 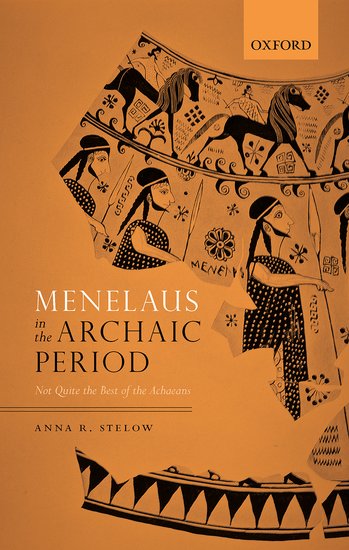 Menelaus in the Archaic Period

Not Quite the Best of the Achaeans

While there have been many studies devoted to the heroes of Homeric epic, the figure of Menelaus has remained notably overlooked. This volume is the first book-length study of the Homeric character, taking a multidisciplinary approach to his depiction in the archaic Greek world through detailed analysis of literary, visual, and material evidence.

Beschrijving Menelaus in the Archaic Period

While there have been many studies devoted to the major heroes and heroines of Homeric epic, among them Achilles, Odysseus, and Helen, the figure of Menelaus has remained notably overlooked in this strand of scholarship. Menelaus in the Archaic Period is the first book-length study of the Homeric character, taking a multidisciplinary approach to his depiction in archaic Greek poetry, art, and cult through detailed analysis of ancient literary, visual, and
material evidence.

The volume is divided into two parts, the first of which examines the portrayal of Menelaus in the Homeric poems as a unique 'personality' with an integral role to play in each narrative, as depicted through typical patterns of speech and action and through intertextual allusion. The second part explores his representation both in other poetry of the archaic period - including lyric poetry and Simonides' 'Plataea elegy ' - and also archaic art and local Sparta cult, drawing on the literary,
archaeological, and inscriptional evidence for the cult of Menelaus with Helen at Therapne. The depiction of Menelaus in archaic art is a particular focal point: Chapter 4 provides a methodology for the interpretation of heroic narrative on archaic Greek vases through iconography and inscriptions and
establishes his conventional visual 'identity' on black figure Athenian vases, while an annotated catalogue of images details those that fall outside the 'norm'. Menelaus emerges from this comprehensive study as a unique and likeable character whose relationship with Helen was a popular theme in both epic poetry and vase painting, but one whose portrayal evinced a significant narrative range, with an array of continuities and differences in how he was represented by the Greeks, not only within
the archaic period but also in comparison to classical Athens.