Literature and the Making of the American Educational System 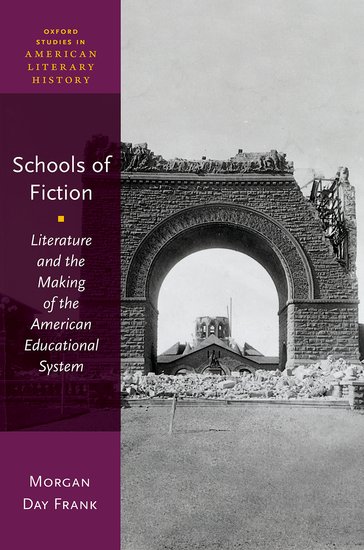 Literature and the Making of the American Educational System

Throughout history, American literature has provided an escape from the classroom; yet authors like Twain, Melville, and Ellison remain key figures in high school and college curricula. This book offers an account of this paradox, examining the contentious but ultimately generative relationship between literary and scholastic culture in the US.

In Schools of Fiction, Morgan Day Frank considers a bizarre but integral feature of the modern educational experience: that teachers enthusiastically teach literary works that have terrible things to say about school. From Ishmael's insistence in Herman Melville's Moby-Dick that "a whale-ship was my Yale College and my Harvard," to the unnamed narrator's expulsion from his southern college in Ralph Ellison's Invisible Man, the most
frequently taught books in the English curriculum tend to be those that cast the school as a stultifying and inhumane social institution. Why have educators preferred the anti-scholasticism of the American romance tradition to the didacticism of sentimentalists? Why have they organized "African American literature" as a discursive
category around texts that despaired of the post-Reconstruction institutional system? Why did they start teaching novels, that literary form whose "very nature," in Mikhail Bakhtin's words, is "not canonic"?

Reading literature in class is a paradoxical undertaking that, according to Day Frank, has proved foundational to the development of American formal education over the last two centuries, allowing the school to claim access to a social world external to itself. By drawing attention to the transformative effect literature has had on the school, Schools of Fiction challenges some of our core assumptions about the nature of cultural administration and the place of English in the
curriculum. The educational system, Day Frank argues, has depended historically on the cultural objects whose existence it is ordinarily thought to govern and the academic subject it is ordinarily thought to have marginalized.