The science of computers and how it shapes our world

The science of computers and how it shapes our world

Everyone uses computers today. But what do you really know about them? Using the voices of pioneers and leading experts, Peter J. Bentley tells the story of computer science; explaining how and why computers were invented, how they work, looking at real-world examples of computers in use, and considering what will happen in the future.

There's a hidden science that affects every part of your life. You are fluent in its terminology of email, WiFi, social networking, and encryption. You use its results when you make a telephone call, access the Internet, use any factory-produced product, or travel in any modern car.

The discipline is so new that some prefer to call it a branch of engineering or mathematics. But it is so powerful and world-changing that you would be hard-pressed to find a single human being on the planet unaffected by its achievements. The science of computers enables the supply and creation of power, food, water, medicine, transport, money, communication, entertainment, and most goods in shops. It has transformed societies with the Internet, the digitization of information, mobile phone
networks and GPS technologies.

Here, Peter J. Bentley explores how this young discipline grew from its theoretical conception by pioneers such as Turing, through its growth spurts in the Internet, its difficult adolescent stage where the promises of AI were never achieved and dot-com bubble burst, to its current stage as a (semi)mature field, now capable of remarkable achievements. Charting the successes and failures of computer science through the years, Bentley discusses what innovations may change our world in the
future. 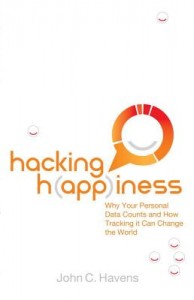 "In Hacking Happiness, futurist and contributing Mashable writer John C. Havens introduces you to your "quantified self"-your digital identity represented by gigabytes of data produced from tracking your activities on your smartphone and computer. 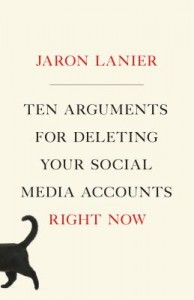 Lays out ten arguments for why readers would be better off if they deleted all their social media accounts, citing social media's tendency to bring out the worst in people, degrade politics, distort truth, foster disconnection, and sap free will